Day 1
Graeme is 10 shots off the lead after the opening round at the Valspar Championship.

The Northern Irishman carded a three-over 74 which has him well outside the top 100 after day one.
McDowell initially made a strong start, with a birdie on the first followed by another on the fifth.

But consecutive bogeys on seven and eight dropped him back to level par. However, he finished off his front nine with a birdie on the ninth.

Bogeys on 11, 13 and 16 – mitigated by a birdie on 14 – saw McDowell slip back before a double bogey on the penultimate hole saw him slip further back to three over. 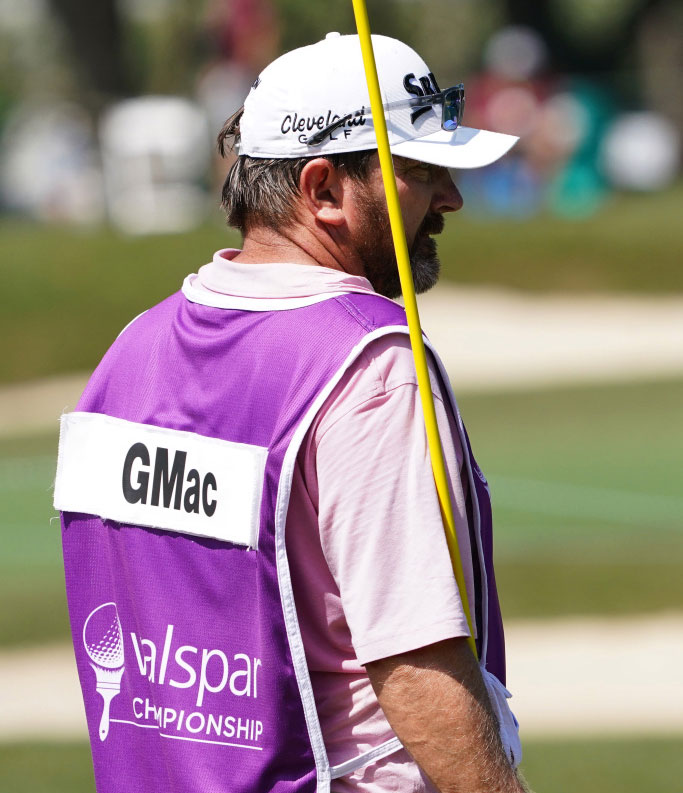 Above pic : Each PGA Tour stop has its own traditions and at the Valspar Championship, home of the Snake Pit, one fun thing they do is change up the names on the caddie bibs.